How to Store Vegetables in the Freezer

Freezing your vegetables is an excellent way to preserve them for future use, but if you're not careful, improper storage may lead to soggy veggies, unsuitable for serving.

Follow these steps the next time you’re getting ready to batch-seal fresh market buys and fresh garden picks.

Before you vacuum seal vegetables for long-term storage in the freezer, it's imperative to blanch them first. The National Center for Home Food Preservation (NCHFP) reported that blanching, or the boiling of vegetables in water or steam, is crucial to ensure that vegetables remain fresh when frozen. Blanching inhibits enzymes that may cause discoloration or loss of flavor, and also cleans and softens the vegetables, making them easier to store.

Blanching techniques and times vary by the type of vegetable you’re preparing. The NCHFP recommends water blanching for the majority of vegetables. Using one gallon of water per pound of vegetables, bring a pot to boil then add the trimmed vegetables. When the water begins to boil again, follow the recommended blanching times. It's important to research blanching times before boiling vegetables—otherwise they may not freeze correctly.

Rather than freezing vegetables whole, prepare them for use before vacuum sealing. After blanching, cut your vegetables into appropriate portions, whether by measurements or pounds, so that they’re ready for cooking when you need them. Be sure to keep a permanent marker handy to mark how much you've placed in each bag. 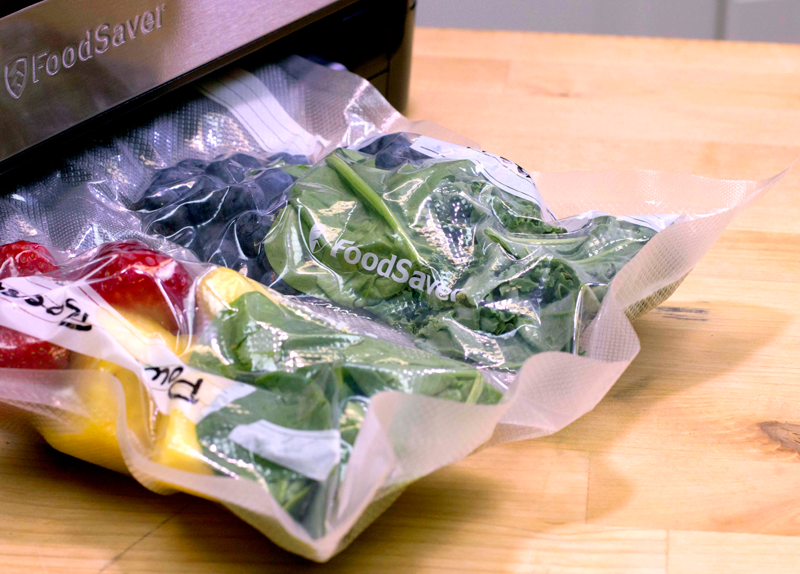 If you're freezing corn on the cob, blanch the cob in its entirety first. After it's cooled, use a large knife to separate kernels from the ear to make the preservation process more effective. Other large vegetables—such as peppers, eggplant, or squash—should be cut into small pieces prior to sealing for proper storage. 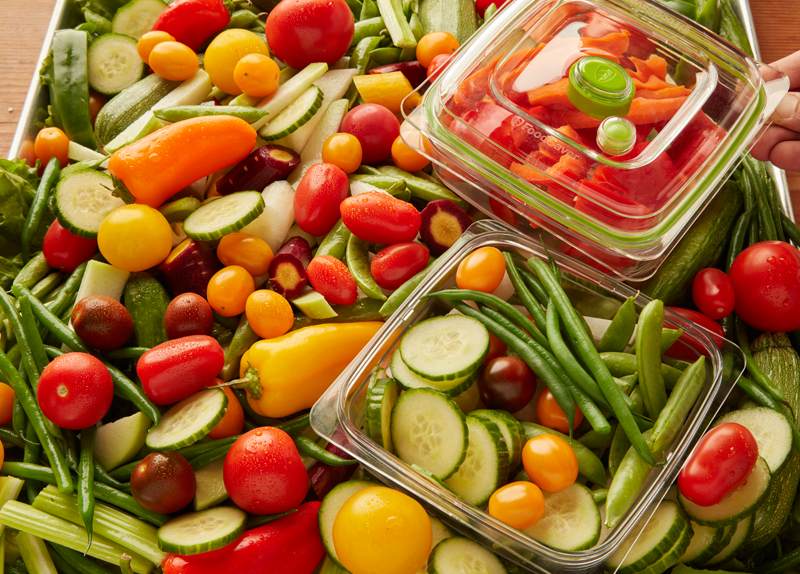